The Union Baptist Church is a re-organized form of the old Crooked Creek Baptist Church which was organized July 3, 1834. It is the oldest known church of any kind located within the present boundaries of North Arkansas Baptist Association and is fortunate to have 12 records books that give the history of the church from its founding in 1834 to date, with only the exception of the period 1900 - 1906.  The church was organized as a Missionary Baptist church and sponsored several mission efforts and a number of revivals in its first years.  The congregation met in the homes of its members until 1840 when its log church was built by William Beller's Spring.  However, it was taken over by the "hardshell" group in 1844 and a number of the members and the pastor were expelled for holding missionary principles.  The church joined an association when it was formed, so there was one in existence which served this area.  It was a member of the Buffalo Association in the 1840s.  The church remained hardshell until after the Civil War, but slowly began to moderate its views.  During the Civil War services were discontinued due to the danger presented by hostilities.  In 1866 services were resumed.  The first location for the church according to church records and Ruth Wilson, a long time resident of the area, was near Beller's Spring, now known as Milum or Massacre Spring, south of Harrison on Highway No. 7.  The church later moved to a site across the road from the present building at Union where it remained.

The Crooked Creek Church was led in its early days by Elder George W. Baines, a noted Baptist pioneer in Arkansas, Louisiana and Texas, who was sponsored by the Home and Foreign Mission Society of New York in 1837.  The church was responsible for the establishment of Baptist work in Boone County.  The Crooked Creek Church ceased to function about 1900 and was re-organized a few year sthereafter by the noted evangelist, Elder M.L. Voyles as the Union Baptist Church.

After relocation, the church's first building was a wood frame building built sometime in the 1860s.  It was later torn down and a rock building built on the same location in the later part of 1927.  Classrooms have been added to the building and a  basement dug.  Between 1977 and 1981, under the leadership of Bro. Dale Barnett, a fellowship hall, additional classrooms, a baptistery and enlargement of the sanctuary were added.  Many of the baptisms were held in the creek that runs alongside the church at its present site.  On Sunday, October 24, 1998 the sanctuary and classrooms were burned as a result of arson.  The church suffered extensive fire or smoke damage throughout.  Members held that Wednesday night service in a barn belonging to I.W. Hudson, located about a mile up the road from the church.  The fellowship hall was cleaned by members and was ready for use on the following Sunday.  On November 14, 1999 the new building was used for the first time. 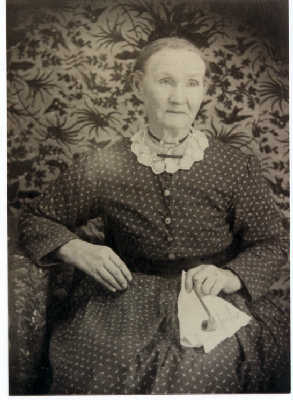 This information furnished by Bob Ruff of Union Baptist Church also have included a link to Reta DeShields Parton page she has transcribed some of the early minutes of Union Baptist church.